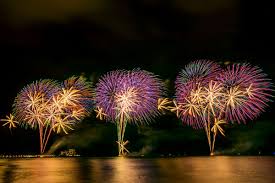 The government of Hawaii has formed a special committee to tackle the fallout to Hawaii’s economy of the coronavirus. And that fallout has already started. The travel industry professionals have said that corona virus outbreak from China that has spread to all continents except Antarctica has brought stagnation for the travel and tourism sector.

So far this week, three large events slated for Honolulu have been postponed or cancelled, including the Honolulu Festival. This year, Honolulu festival was scheduled to take place this Friday through Sunday.

It is according to the officials that they decided to cancel the popular festival in response to recommendations made by the Centers for Disease Control, the Japanese government and Hawaii state officials.

Hiroyuki “Keith” Kitagawa, president of the Honolulu Festival Foundation said, in a statement that there are currently no cases of the coronavirus in Hawaii. However, considering the precautions and recommendations being made by government health officials to prevent the spread of the coronavirus, canceling this year’s Honolulu Festival is the responsible action to help protect the public’s safety.

The three-day festival was expected to draw thousands of visitors throughout the Pacific Rim. This popular festival includes cultural performances, events, a parade and the popular Nagaoka Fireworks Show. Earlier, the organisers had cancelled their opening reception as well as the fireworks show.

The announcement comes just a day after organizers of another festival in Honolulu — the 13th Festival of the Pacific Arts & Culture — announced it would be postponed due to coronavirus concerns.

Meanwhile, the state Department of Business, Economic Development and Tourism reported there is a $23 million drop in visitor expenditures last month and a 7.3% decline in international passengers. It gives a serious blow to tourism.

It’s not yet known how significant a toll the outbreak will take on Hawaii’s tourism-driven economy. But after setting up the special committee, House Speaker Scott Saiki noted the major hit Hawaii took during the Great Recession.