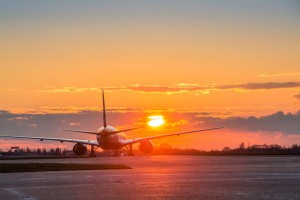 A series of delay and disruption was faced by thousands of passengers travelling to, from and through the Heathrow Airport.

Two of the airport’s runways  during the early hours of Wednesday morning faced problem with lighting system. Although a solution was devised many long haul flights departing for Heathrow from airports around the world were held back.

There were massive delays that resulted in knock-on impacts on later departures from Heathrow.

A spokesperson for British Airways said that the contingency plans were quickly activated and they had plans of operating their full schedule even though there were delays.

The customers were requested to monitor the website for any updates related to their flights.

The engineering teams were investigating on the technical issue with the ligting system for the airport’s runways. The contingency plans were activated and both the runways were both open and operational.

There were problems related to the arriving flights as the aircraft were out of position many long-haul departures were delayed.

However, there might be further delays. A Heathrow spokesperson apologized for any impact it might create on their passengers and there might be problems commuting  to and from the airport by rail.

Due to urgent repairs to the track between Hayes and Harlington and London Paddington by Network Rail the Heathrow Express and Transport for London trains between the airport and central London were disrupted.

Trains may be cancelled, delayed or amended to not call at all station was the message sent across to the passengers.