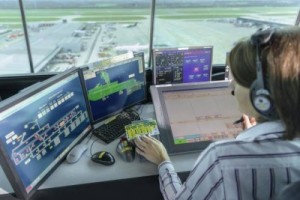 Heathrow has welcomed its first flight arriving directly from the Chinese megacity of Chongqing this weekend.

Operated by Tianjin Airlines, this thrice-weekly service will be able to transport up to 81,000 passengers a year and offer space for 3,744 tonnes of annual exports and imports to this megacity in the Chinese interior.

According to census data, Chongqing is the most populous Chinese municipality and is still growing. It is a popular tourist destination, used as a launching point for scenic boat trips down the Yangtze River, through the Three Gorges Dam. Visitors can get lost in the maze of back streets in Chongqing’s Cíqìkǒu Ancient Town, which features buildings dating back to the Ming dynasty.

For those with adventurous culinary tastes, Chongqing offers its famous hotpots, tongue-numbing, spicy broths that have grown so popular that they have their own dedicated festival in November.

Chongqing is part of the “West Triangle Economic Zone” in China which includes Chengdu and Xi’an and contributes nearly 40% of Western China’s GDP. The economic growth of Chongqing regularly tops that of other Chinese cities, and there are no signs of it slowing down.

Tianjin Airlines will fly an Airbus A330-200 on the service, which will depart from Heathrow on Tuesdays, Wednesdays and Saturdays.

Last year’s services to China via Heathrow contributed £510m to the UK economy, and supported up to 15,000 jobs, according to Frontier Economics.  Last year 2.8 million passengers – an increase of nearly 2% from 2016 – and 137,000 tonnes of cargo – an increase of more than 10% from 2016 – travelled directly to and from China from Heathrow.

While connections to Chinese cities are valuable to the UK, rival EU hub airports with spare capacity are able to connect directly to 8  other Chinese destinations, including mega cities like Hangzhou, Chengdu, and Kunming, facilitating more tourism, trade and investment to their home countries. Heathrow has been able to accommodate 5 new Chinese destinations this year but this is a limited and piecemeal approach.

Expansion of Heathrow, the UK’s only hub airport and biggest port by value, will allow Britain the opportunity to build the vitally important connections to China the country needs.