Hilton to open more luxury properties in 2019 as never before 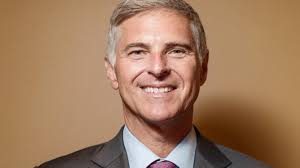 Chris Nassetta, President and CEO, Hilton has announced that the company is on track to open more luxury properties in 2019 than in any previous year of its 100-year history. The hotel group will open seven hotels by year end, in addition to the four hotels that opened in Q1 and Q2, across its luxury brands. It has 65 existing luxury properties.

The record-breaking year marks the beginning of impressive momentum for Hilton’s luxury category.  It is a result of more than a decade of strategic investments and planning. Following this year’s openings, Hilton’s luxury pipeline includes more than 30 properties, approximately 25 of which are expected to open through 2025.

The hotel group currently has a portfolio of 17 world-class brands, which comprises of more than 5,700 properties with more than 923,000 rooms, in 113 countries and territories around the world.

Luxury became a top priority for Hilton when Nassetta took over as President and CEO in 2007 and re-focused the company’s business strategy around organic growth. Hilton leadership mapped out a luxury growth strategy that centered on two priorities: refining the two core luxury brands at the time, Waldorf Astoria and Conrad, to resonate with specific customer needs; and bringing the brands to diversified markets.