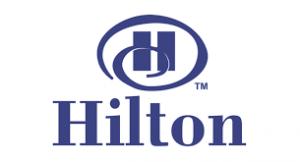 Hilton signed 120 new hotels in Asia Pacific, taking its total estate to 845 hotels open and under development across the region. The latest wave of growth has come from across Hilton’s portfolio of eight trading brands in Asia Pacific, and in major markets including China, India, Japan, Australia and South East Asia.

Alan Watts, area president, Asia Pacific at Hilton, said that it was the best ever start to the year from a development standpoint. The continued rise in travel across the region from the growing middle class, coupled with ongoing investment in infrastructure, makes the hotel industry a very attractive investment.

He added that having recently celebrated our 100th anniversary and been named the region’s best hospitality workplace for the third year running by Great Place to Work, they are seeing real momentum in the business.

Following the opening of several luxury and lifestyle hotels and resorts this year, including Waldorf Astoria Maldives Ithaafushi, Conrad Hangzhou and Canopy by Hilton Chengdu City Centre, Hilton also signed deals for a new Conrad property in Urumqi, China and three new Canopy by Hilton properties. They include Canopy’s first property in Bangkok, which will join the recently debuted Waldorf Astoria Bangkok, as well as new locations in Guangzhou and Hangzhou.

Hilton’s flagship brand, Hilton Hotels & Resorts, is set to arrive in several new locations with seven deals signed so far this year. They include the return of the brand to Melbourne, Australia, with two recent signings; the 641-room Hilton Melbourne Square; and 244-room Hilton Melbourne Little Queen Street. The world’s most recognised hotel brand will also be expanding its presence in Hokkaido with Hilton Sapporo Park. Additional properties in Xi’an, Nanchang, Chengdu and Shenzhen will further strengthen the brand’s presence in China.

The largest volume in new deals came from the Hampton by Hilton brand in China, with the total number now standing at nearly 350 open and under development. Later this year the 100th Hampton by Hilton in China will open.