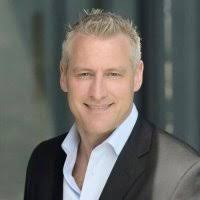 Dant Hirsch has been appointed as the general manager of Six Senses New York which is all set to open in 2020 and will be the group’s first North American property.

Hirsch holds more than 16-years of top-level international hotel experience and will be joining Six Senses from his current role as general manager at the Dominick New York.

He is also known to serve as the general manager at Como Hotels & Resorts in the Americas where he oversaw all developmental initiatives and renovations.

He also worked as the general manager at the Faena Miami Beach and graduated from Pennsylvania State University with a Bachelor of science degree in hotel and restaurant management.

He is a fitness enthusiast and loves to play hockey at competitive levels and won three ACHA National Championships.

He is also known to complete the general manager’s programme at Cornell University.

The XI –two unique towers designed by world-renowned architect Bjarke Ingels in an unparalleled location between Manhattan’s popular High Line and the Hudson River has Six Senses New York as its key element.

Celebrated Parisian firm Gilles & Boissier designed its guestrooms and suites which has a contemporary feel providing a calm ambience.