Historic property to be turned into a hotel in Rome 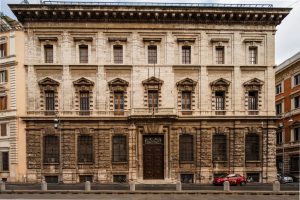 UK-based investment firm Reuben Brothers is going to transform a historic property in Rome into a luxurious hotel. The firm has entered into an agreement with Malta-based Corinthia Hotels as per which it can develop, lease and operate the property as an “ultra-luxury hotel”.

The property, sprawling over the 7,500-square metre, was once the building of the Central Bank of Italy on Parliament Square. It will be developed into a hotel with restaurant and bars, spa, rooftop amenities and a central garden.

The Corinthia in Rome has targeted a premium positioning in the city’s hotel industry on account of the importance of the property besides location and investment committed by the parties.

The principal of Reuben Brothers, Jamie Reuben, said that the acquisition and development was yet another milestone in establishing the global property footprint in Italy, which also owns the Palazzo Experimental in Venice.

The award-winning Corinthia has a long history of restoring old properties and turning them into hotels. The Corinthia London, Corinthia Budapest and Corinthia Hotel St. Petersburg in Russia are all 19-century properties which have been restored and re-developed by the Corinthia group.

The hotel authorities said that the conversion work will start in 2020.

Corinthia Hotels & Resorts operate nine award-winning facilities and has a significant presence in Eastern Europe and North Africa. The group has a huge network and generates billions of Euros in revenue and employs thousands of people across the globe.