Holidaymaker faced a fine for stealing pebbles from Cornish beach 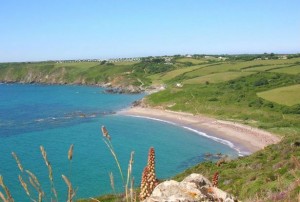 The authorities of Cornish beach forced a holiday maker to drive hundreds of miles to return a bag of stones that he had taken. The man was traced to his home after taking a carrier bag full of stones from a beach at Crackington Haven near Bude.

He was told that he faced a fine of up to £1,000 so he decided to return to Cornwall’s Atlantic coast and put the round grey stones back where he found them.

The debate occurred raging over the size and number of signs warning people against stealing pebbles from a small Cornish beach near Bude has escalated from a local dispute to national news after it emerged a man was once forced to drive hundreds of miles to return a bag of stones he had taken.

The furore began on the Crackington Haven Appreciation Group Facebook group where Jennifer Dixon, a local artist and teacher who helps with beach cleans, complained the beach’s new signs were “McDonald’s coloured threats”.

“It’s a shame that we must have such a problem with stone theft that the beach is now littered with large red and yellow signs threatening prosecution,” she wrote in her original post.

The subject matter quickly gained attention with the local Conservative councillor for Tintagel, and St Gennys parish clerk, Barry Jordan, explaining that on a previous occasion, two years ago, a man who had taken a bag of stones was tracked down and asked to return them or face prosecution.

While both Ms Dixon and Mr Jordan agreed the beach needs to be protected from people removing stones, in order to prevent coastal erosion, the debate over excessive signage has seen hundreds of comments from locals – and two of the four signs have subsequently been removed.

Mr Jordan denied the man would have faced a £1,000 fine for not returning the pebbles, as reported by other news outlets, and said a fine of this magnitude would likely only be given to repeat offenders.

Asked if the council would pursue pebble thieves who fled abroad, Mr Jordan said it would be too difficult. It is not the first time people have been ordered to return stones to England’s beaches. When author Ian McEwan was writing his book On Chesil Beach, he reportedly visited the Dorset beauty spot and took three pebbles.