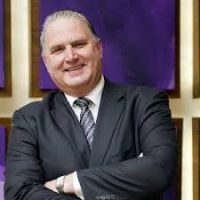 Horst Walther-Jones has been appointed as the  general manager of Rixos Bab Al Bahr. He started his career in 1983, as a sous chef for the Renaissance hotel in his native Germany.

He further gained management experience in numerous hotels across Europe, Mexico, south-east Asia and the Middle East and has more than 42-years of expertise in leadership in the international hospitality industry.

He previously worked in  managerial roles  for leading luxury hotels like Moevenpick Hotels & Resorts, Jumeirah Group and Hyatt International – the German national has made his indelible mark as a dynamic hotelier.

At Hyatt Cancun Caribe Villas & Resort in Mexico and Hyatt Regency in Macau he worked as the executive chef and  took his first steps into management in Dubai.

A stepping-stone in his career was as executive assistant manager for the Jumeirah Beach Hotel in Dubai, later refining his leadership skills.

We saw him open and manage the Mövenpick Resort & Spa Jimbaran in Bali and  occupied the last four years.

Walther-Jones is ready to step up to his new role and lead the ultra-all-inclusive beachfront resort to new soaring heights with his proven prowess in hospitality management.