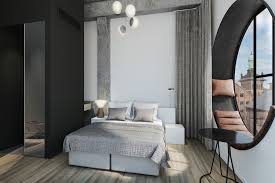 Hotel Ottilia in Copenhagen has rooms that can fully disinfect itself each morning without the housekeeping. Hotel Ottilia in Copenhagen is located in a pair of former Carlsberg brewery buildings. The hotel uses ACT CleanCoat technology, in partnership with Danish company ACT.Global. The technology is transparent, odorless, and activated by sunlight. The main ingredient, titanium dioxide, is also found in sunscreen.

In tests from national research organizations such as Denmark’s National Research Centre for the Working Environment, the antibacterial spray has been shown to break down microbes that range from influenza and salmonella to mold spores and allergens. It can purify the air for up to a year, removing contaminants such as cigarette smoke or other odors.

Karim Nielsen, chief executive officer of Brockner Hotels, the Ottilia’s parent company said that they have been testing this system for two years. He compares the invisible coating technology to Teflon. The first trial was held at the nearby Hotel Herman K. Now the two hotels are the world’s first to use it to clean themselves.

Scalability could become an issue with CleanCoat. a hotel room has to be completely emptied of the furniture to spray it with CleanCoat; which generally happens only during renovations. The formula has to be reapplied each year.

Nielsen estimates that each room costs U.S. dollars 2,500 to cover with CleanCoat. The technology is expensive. He says: “but we’ve reduced the labor load by 50 percent. It’s giving our staff a much easier day and reducing our water consumption.”