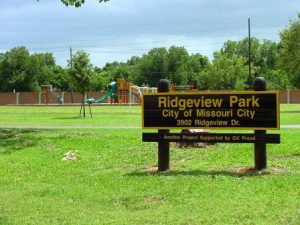 All parks and trails in Houston, Harris County and Missouri City have been officially shut and will remain closed through the Easter weekend. On Thursday, Mayor Sylvester Turner announced that all 380 parks in the areas will be closed down in order to support social distancing and avoid mass gathering to curb the spread of the coronavirus.

Although Mr. Turner was initially reluctant to shut down parks, he later took the decision keeping in mind the health and safety of people. He mentioned in a press statement that social distancing is extremely important at the present moment. He added that all parks and trails are going to be closed for the weekend to reinforce social distancing measures.

Just over a quarter of city parks will be blocked off with gates. Crews will also deploy barricades at others. Parks that cannot use barricades will be patrolled by park rangers to restrict people from entry. Earlier last week, basketball goals and volleyball nets were removed from parks to discourage gatherings. The parks were closed down on Thursday night at 8 p.m. and will reopen Monday morning.

On Wednesday, Harris County Judge Lina Hidalgo signed an order to shut down county parks, starting Friday. She mentioned in a statement that at a critical moment in the fight against COVID-19, people cannot let down their guard. She said that the actions will save nearly 4,500 lives across Harris County. She further encouraged people to continue Easter and Passover spiritual fellowship from their house or online.

Missouri City will also close down city parks along with Quail Valley Golf Course for the weekend. Bill Atkinson, Interim City Manager, Missouri said that it is vital to do everything possible to help keep people safe.