Home » Icelandic canyon shuts for visitors due to overtourism

Icelandic canyon shuts for visitors due to overtourism 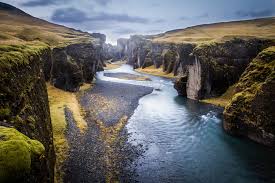 After a huge influx of tourists the Icelandic canyon has been closed off from visitors, renowned singer Justin Bieber has been blamed for it by some.

Earlier the Fjaðrárgljúfur canyon located in the southeast Iceland was off the beaten track but gained attention after it was featured in the popstar’s music video for 2015 single ‘ I’ll Show You”.

Until June 1, the Icelandic Enviornment Agency, Umhverfis Stofnun has closed all public access to the landmark as the popularity surge led to a damage in vegetation.

Inga Hlin Palsdottir, the director of Visit Iceland said that it was just a natural wonder that wasn’t meant to be that popular.

There has been growing number of stories on tourism overload , earlier in February, New Zealand’s Mermaid pools in Matapouri was closed for an indefinite period as humans waste and litter was repeatedly found at the Maori site.

They need to build better infrastructure so all the people can visit year round
Since 2015 there has been a tourism boom in Iceland showing an 80 per cent increase in tourist numbers. It went up from 1.3 million to 2.32 million.

Kris Mac Donald said that it was a step needed as there is no point having a  beautiful taonga like this if it will be killed by too many people.