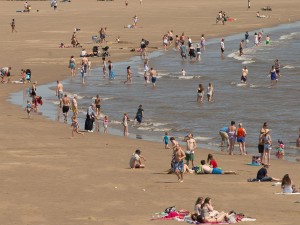 The mercury will fall before this weekend, as icy Arctic air is all set to blast, UK forecasters warned.

The North and west Scotland will have some rain on Tuesday, while there will be strong winds in the northeast and east of England, Met Office spokesman Richard Miles said.

He also said that there will be rain and drizzle across the west overnight, which will spread across the north tomorrow. The fog is also expected on Wednesday, but this is forecast to give way to sunny spells and it will be fairly warm in the east. He also added that there will be polar maritime air blast coming from Arctic over this weekend.  The snowfall is also expected above high ground in the north of England, including the Pennines.

Mr Miles said temperatures could plunge as low as -2C. Sunday could also see some hale and showers down east and western coasts, the forecaster said.

It is also reported that Sunday could also see some hale and showers down east and western coasts.