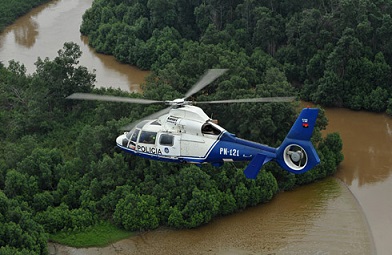 The A380 attracts attention wherever it goes, and this 21st century Airbus flagship jetliner was a high-profile visitor once again at the 2017 Paris Air Show. As the double-deck aircraft is utilised by airlines on a growing worldwide route network, many passengers who have experienced the A380’s comfort want to fly it again – while others are interested in the opportunity and want to know what routes that match their future travels.

Thanks to the iflyA380.com website developed by Airbus, all information necessary to choose an A380 flight is at their fingertips, with improvements being introduced regularly to this tailored on-line portal.

“In the hotel industry, when searching online, you see information and photos of a specific hotel, and the rooms,” said Stéphane Dupont, the IFlyA380 project leader. “But historically when searching for a flight, information on the departure time and the price is given the priority – not the aircraft.”

Seeking out the Airbus A380

With iflyA380.com, users select their departure and destination airports/cities, dates and class of travel, along with the number of travellers. The website’s search function seeks out the opportunities for A380 routes that correspond to the travellers’ plans, directing them seamlessly to an airline’s website for booking at no extra cost.

The iflyA380.com website is clearly resonating with fliers who want to reach their destinations aboard the distinctive aircraft. “We saw our first million visitors in six months – and our second million came in half that time!” said Dupont.

Having transported an overall total of more than 170 million passengers to worldwide destinations in its 10 years of service, the Airbus A380’s claim as a passenger favourite is well substantiated – it regularly receives praise on social media with travellers posting selfies aboard and hashtagging the aircraft.

It was, in fact, the A380’s internet and social media attention that sparked the iflyA380.com website concept. “Leveraging the significant amount of user-generated content was part of the initial idea,” said Dupont. “We knew that people were sharing the experience of an A380; they were searching specifically for flights on the aircraft.”

The social media element plays a significant role in the website, with a wall showcasing passengers’ Instagram posts of their time aboard an A380.

iflyA380.com is the first of its kind in the aircraft industry, and it’s not just passengers who appreciate it, said Dupont. “We shared the idea with the 13 operators of the A380 before we launched the website, and they were very supportive from the start,” he said. “For them it’s another way to promote their flagship aircraft.”

At the Paris Air Show, the future is near!

Today, the A380 is unique – as there is no other aircraft in the world like it. For the next steps in aviation, visitors at this week’s Paris Air Show are provided a glimpse of Airbus’ vision for tomorrow with a walk-through of the Paris Air Lab: an exhibit area at Le Bourget Airport dedicated to research and innovation.

Included in the Paris Air Lab is a scale model of the City Airbus concept – which highlights how Airbus is rethinking urban air mobility. City Airbus is envisioned as a self-guided VTOL (vertical take-off and landing) demonstrator that could accommodate up to four passengers, and which is conceived with cost efficiency, high volume production and a low environmental footprint in mind.

The concept – anticipated to take flight for the first time next year – resembles a drone in its overall configuration and incorporates multiple propellers in the basic design. As the ﬂagship of Airbus’ urban air mobility strategy, City Airbus aims to expand the company’s work in the future of electric flight – pushing the state of the art in power system density through an effort with Siemens at the E-Aircraft Systems House laboratory – a large test and development facility located near Munich, Germany.