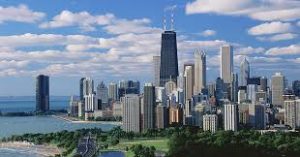 It is the eighth year in a row, Illinois has set a new tourism record. There is an increase of the arrival of 117 million visitors that is 3 million more than in 2017. As usual, the international travelers made up a fraction of the total at 2.5 million.

Illinois new record setting statistics mirror a similar trend reported by the city of Chicago, which released its tourism figures earlier this year: a new high of nearly 58 million for 2018.

The state tourism office devotes most of its advertising and marketing muscle to the domestic leisure market, which accounted for 84 percent of last year’s U.S. visitor total. The remaining 16 percent of domestic visitors were here on business — roughly the same breakdown as in 2017.

From the limestone caves at Mississippi Palisades State Park to summer music festivals in Chicago, Illinois is full of vibrant cities and towns with endless attractions that receive millions of visitors each year, Pritzker said. The travel and tourism in Illinois is a $40 billion industry and an integral part of the state’s economy.

The visitors to the state spent $41.7 billion in 2018, a $2 billion bump over the previous year, according to data from the U.S. Travel Association. This 5.1 percent boost in visitor spending is slightly better than the national average of 4.9 percent growth. The industry is credited with supporting 342,300 jobs last year. That’s 5,200 more jobs than in 2017.

In the press statement, Illinois Office of Tourism acting director Jan Kemmerling chalked up the unprecedented visitor numbers to last year’s marketing push “that resulted in a return investment of $271 for every dollar spent in advertising.

The reported success comes despite budget constraints that forced the state to scale back its ad campaigns last spring and summer from 14 domestic markets to nine.

In recent years, the state has made a concerted effort to reach out to LGBTQ travelers with ads aimed directly at that lucrative market. The tourism office also has focused on showcasing an ever-growing network of local artisans and small business owners with “Illinois Made,” a program designed to steer travelers to authentic, unique experiences and products across the state.

The tourism officials in Illinois recently announced that they were nearly doubling the state’s advertising budget and launching a new campaign this summer to get tourists across the Midwest to travel the Land of Lincoln’s scenic highways and byways.

Their  goal with this new campaign is to touch our consumers’ hearts and evoke real emotion with the sights, sounds and tastes that are unique to Illinois. They are confident these advertisements will inspire even more people to plan a trip to visit Illinois.

The annual tourism statistics are compiled from a variety of sources. The tourism and travel research firm DK Shifflet crunches the domestic visitor numbers, which include some day trippers who meet specific travel criteria. The company surveys 45,000 households a month and asks them about their travel for the past three months to compute its estimates. Another company called Tourism Economics handles the international visitation numbers using airline data and a variety of other tools. The nonprofit U.S. Travel Association provides visitor expenditure, tax revenue and job numbers.