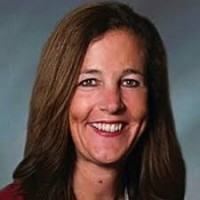 Four Seasons Hotel Baltimore welcomes Ilse Harley as the new General Manager of the Hotel. In addition to her role as General Manager, Harley was recently named Regional Vice President, with regional responsibility for Four Seasons hotels in Atlanta, Miami and St. Louis as well as Baltimore.
A true leader in the industry, Harley’s career with Four Seasons spans almost three decades and includes several management positions in Seattle, Boston, Hualalai, Maui, New York, Atlanta and most recently, at Four SeasonsResort and Residences Anguilla. Her appointment in Baltimore is her 8th with the company.
During her most recent assignments, she helped open Four Seasons Resort and Residences Anguilla following a rebrand under the Four Seasons flag, and resided on the island from 2016 to 2018. Prior to Anguilla, Harley helped lead Four Seasons Hotel Seattle to be awarded Five Stars by Forbes Travel Guide – the only hotel in the state to earn this distinction – while the Hotel’s much-lauded Spa received Four Stars under her leadership as General Manager.

“I’m thrilled to begin this new chapter in my Four Seasons career and be a part of the amazing team here,” says Harley. “I’m eager to carry on the many successes the Hotel has seen since opening in 2011 and to become further integrated into the Harbor East community.”
Harley is exciting to now call Baltimore home with her husband Matt, son Sam and Havanese dog Kona and exploring all that the Mid Atlantic has to offer.