Implementation of projects under PMDP is slow 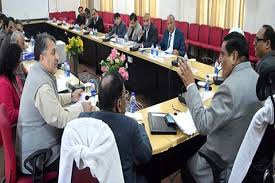 Delayed execution of projects started under the Prime Minister’s Development Programme, which has put brakes on further sanction of funds from the centre. This is affecting tourism infrastructure development.

Among the projects exhibiting slow progress is integrated development of tourist facilities at Gulmarg, Baramulla, Kupwara and Leh under Himalayan circuit of Swadesh Darshan scheme of the central government.

“Of late we have been trying to expedite some of these projects. We have not made a big breakthrough but some progress is being made and we hope by end of 2019-20 we will be able to complete the projects and get more sanction from GoI,” said Khurshid Ganai, Advisor to the Governor holding the tourism portfolio.

“Even as a large portion of funds has been released for the project, work on most of them either remains to be incomplete or have missed the deadlines for completion,” said another senior official.

Advisor Ganai admitted that the execution of projects under PMDP has been slow, and that the state had an indicative allocation of Rs. 2000 crore for tourism.

“Out of these projects worth Rs 569 crore are sanctioned by Government of India Ministry of Tourism of which Rs 342 crore have been released against which an amount of nearly Rs 192 crore is the expenditure till now,” Ganai said.