Home » US planes experienced record of 965 million passengers in 2017!

US planes experienced record of 965 million passengers in 2017! 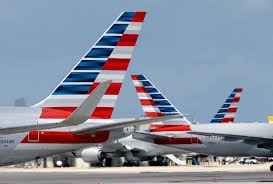 In 2017, a record number of 965 million airline passengers flew to the United States which accounted a 3.4 percent growth over 2016.

Statistics from the Transportation Department reveal that air travel has been growing ever since the Great Recession that ended in 2009.
On Thursday, the department explained that air travel within the U.S. increased 3 percent and overseas traffic to and from the U.S. increased by 4.8 percent.
Atlanta Hartsfield-Jackson International Airport had the maximum number of passengers, followed by Los Angeles International and Chicago’s O’Hare. The Kennedy Airport of New York had the majority number of international passengers.

Around 82.5 percent of seats on average flight were filled.

This year, the travel and tourism industry is set for a modest slowdown due to higher oil prices and airfares, after a year it experienced its best year on record, as per a well-known global industry body.

On Thursday, in its annual Economic Impact Report, the World Travel and Tourism Council explained that the sector was responsible for the creation of 7 million new jobs last year.

This was because of the fact that the sector smashed the global economy for the seventh year in series, growing by 4.6 percent against 3 percent. The sector, according to the organization, outperformed all others.

“2017 was the best year on record for the travel & tourism sector,” said Gloria Guevara, president and CEO of the WTTC. “We have seen increased spending as a result of growing consumer confidence, both domestically and internationally, recovery in markets in North Africa and Europe previously impacted by terrorism and continued outbound growth from China and India.”