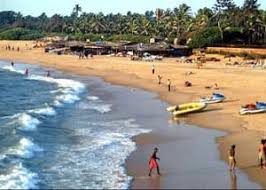 While charter tourist arrivals are on the decline, the inflow of free independent travellers (FITs) to Goa is increasing and exceeded charter numbers over the last two seasons. The emerging trend is a welcome sign, but tourism stakeholders feel the government should strive to protect charter business as competition from other destinations has gone up.

Goa is the only state in the country that receives tourists via charters. It receives about 8 to 8.5 lakh foreign tourists annually, of which, about 2 to 2.5 lakh are charter tourists, most of whom fly to Goa from various Russian and UK cities.

Though few stakeholders are doubtful about the accuracy of statistics that the tourism department comes out with annually, some say better connectivity to Goa as well as increased presence of brand hotels in the state have contributed to the growth of the FIT segment.

Past president, Travel and Tourism Association (TTAG) of Goa, Ralph de Sousa, said “The connectivity to Goa has increased and hence East European tourists, who, earlier, arrived through charters, now travel as FITs.”

Goa saw its charter tourist segment growing with charters arriving from European destinations such as UK, Germany, Poland and Scandinavian countries in the 80s after hippies started habiting serene beaches of North Goa. Currently, except Finland, Goa does not receive charters from any Scandinavian country. This season, October 2018-mid-2019 – 32 charters arrived from Finland bringing in 6,614 tourists from Finland.

Some dispute the FIT statistics. De Souza said that the presence of brand hotels in the state over the last few years has boosted the number of FITs. “Thanks to their individual marketing and promotion strategies, FITs visiting Goa are increasing,” he said.

Confirming that the FIT segment is expanding for Goa, Ernest Dias, chief operating officer at Sita, said they are in talks to restart charter flights from Poland. “We may have charters from Poland next season,” he said.

De Souza, who has seen up and downs of the charter sector of Goa’s tourism industry, feels the Goa government should offer a helping hand. He said Goa’s competing destinations, even Sri Lanka, market their respective destinations jointly with charter companies.

“We haven’t done it. Germany’s Condor airlines wanted to restart its operations to Goa two-three years ago, and it could have done with some state support, but there was none,” he said.

Condor was the first to start charter operations in Goa in November 1984. It stopped charters to Goa in 2014.