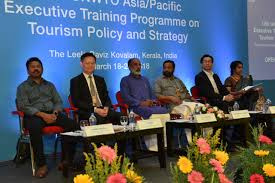 Sports tourism, by now has turned into a big business in many developed markets. It has initiated to make inroads with Indian sports fans who are keen on going beyond cricket as they travel abroad to be present at a sporting event.

As per Manmeet Ahluwalia, head of marketing at Expedia India, the launch of the Indian Premier League a decade back acted like a catalyst, as fans started travelling internally in the country to watch games.

“We noticed another interesting trend during the 2015 ICC World Cup in Australia and New Zealand,” Ahluwalia told the Economic Times. “Cricket fans explored these two destinations as among the most preferred honeymoon or holiday destination.

“Many people booked their honeymoons in accordance to the match schedule,” he explained. “We saw the bookings for these destinations go up by 35%.”

However, fans of Indian sports are not only keen on cricket, as per Karan Anand, head of relationships for travel specialists Cox and Kings. “There has also been a shift in the interest for other sporting events like the Soccer World Cup or the Olympics.

“We see 10%-12% growth in arrivals to these destinations, when a major sporting event takes place.”

In spite of the make-up of such groups, “many in the tourism industry have begun to realise the value of wooing these tourists,” said Abhijit Mishra, Director, India and Middle East, at KAYAK.