Indian coastlines cleared for tourism as fishermen resort to GPS 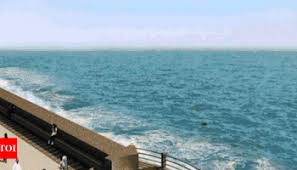 After trawling for generations in the same waters, the fishermen on the coast of Tamil Nadu in southeastern India is fully aware where to cast a net or park a boat without resorting to signs or GPS maps.

However, their customary rights are now under threat as the demands of modern life intimidate age-old livelihoods and their once fertile habitat.

First, families’ land and precious right to enter the sea was usurped by factories and ports. At present, their rights are under a new hit by a freshly amended Coastal Regulation Zone (CRZ) law.

“Governments have treated the coastline as an empty space that economic actors can take over, forgetting that it is common property of coastal villages, towns and cities,” said Kanchi Kohli, a researcher at think tank Centre for Policy Research.

“The changes to the law negate the socio-ecological uniqueness of this space and opens it up to mindless real estate development, mass-scale tourism and industry,” she said.

R.L. Srinivasan, who lives in Kaatukuppam – dozen villages by Ennore Creek near the city of Chennai – is typical of the fishermen under danger.

Two seasonal rivers drain the Ennore Creek that empty into the Bay of Bengal through a network of canals, wetlands, salt marshes and mangroves. These are the points where villagers once harvested salt, caught crabs and filled their nets with fish.

Home to almost 300,000 people, the area was safeguarded by state and federal coastal zone laws, which prohibited construction, reclamation or alteration of the course of the water bodies.