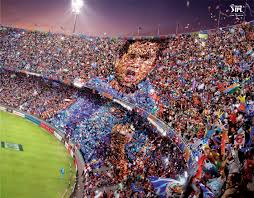 Sports tourism in India is witnessing 10-12 per cent growth which is noted as  rapid increase according to tourism industry leaders.

Cox and Kings Head, relationships, Karan Anand said that the globally sports tourism is a multi-billion dollar industry. According to estimates, global sports tourism was worth USD 7 billion in 2017. While it is a mature industry overseas, in India it is in infancy stage. The first love for Indians is cricket and they travel to watch the game, whether in India or overseas, he added.

He said that there is a shift in the interest for other sporting events like World Cup, Indian Premier League and Olympics.

There has also been a shift in the interest for other sporting events like the Soccer World Cup or the Olympics. It is seen that there is a 10-12 per cent growth in arrivals to these destinations, when a major sporting event takes place.

The Indians travel to Australia, New Zealand, Sri Lanka and England to watch cricket matches, however, over the last 10 years there is a growing interest to watch the Olympics, the Soccer World Cup and Grand Prix Formula One motor events.

The Olympics or Soccer World Cup are highlights for Indians and they love the atmosphere associated with the games, Anand said, adding that there are people who travel to specific sporting events during the Olympics or a few of them only travel for the opening ceremony.