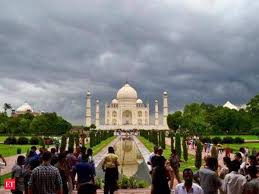 Throwing a question to Anand, Sharma asked that keeping the hotel and aviation infrastructure constrain in mind do you think that the infrastructure will support us in our journey from 10 million to 20 million?

Anand said that welcoming 20 million foreign tourists is very much possible. “If we touch 11.4 million in 2018, it is very easy for us to touch the 20-million mark over the next three to four years. Any country which has crossed 30 million tourists, 60 per cent of those tourists have come from the same region. There is $140 bn worth of regional travel within South East Asia region.” Anand said and added that we have products that they do not have.

“Buddhism is one part of this and a lot of these countries follow Buddhism. However, there are some challenges. If South East Asia is the region we are going to focus on then our benchmark should be this region. Our entire strategy and advertising must be focused on South East Asia. The average taxation in SE Asia is 4.8 per cent where in India is around 19 per cent.,” he said.

Talking on capacity, Anand said that today India is catering to 10 million foreign tourists. He informed that the countrywide occupancy of the hotels is between 60-62 per cent which can go up to 84-85 per cent. “We have the capacity today to go to 15-16 mn. With a little bit more of effort, we can manage the 20 million. We need to have 360 degree approach that 20 million is our target and in the next five years this is what this industry needs to achieve,” he said advising that we have to get out of the mind that India is still a long haul destination.

George also opined that tourism has to be driven by private sector and said that the success of Kerala Tourism is due to proactive private sector.