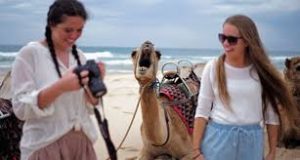 Although India has long beckoned foreign tourists with its historical and heritage monuments, lip smacking food, beautiful scenery and diverse culture, but with election fever hitting India of late, many tourists now want to forget the elephant ride to meet an election candidate or even take part in political rally.

The world’s biggest democracy with around 900 million voters would hold the elections shortly and this would give the tourism industry of India a big chance to market itself to foreign tourists visiting the country.

In this scenario, many tour companies in India are ready to woo foreign tourists with week-long election tourism packages that would combine traditional sightseeing with access to political campaigning.

The Indian elections are almost like festivals, and can be spectacular in terms of scale. The trips would range from 5 to 8 days.