Home » Indian tourism industry will develop with employment generation by 2028

Indian tourism industry will develop with employment generation by 2028 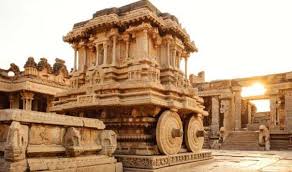 Indian tourism and travel industry in recent years is now in acme and positioned as fourth highest growth in the tourism sector in the world in the period between 2018 and 2028.

It is according to the report published by the World Travel and Tourism Council, that the contribution of Indian tourism to GDP will rise from 3.7 percent in 2017 to 3.9 percent in 2028.

The report also World Tourism Council suggests that Indian tourism and travel industry will employ more people in 2028 than at present.

In 2017, Indian tourism and travel industry directly supported 5 percent of the total employment. This figure is expected to rise to 5.3 percent by 2028.

A similar increase is predicted in total contribution to employment, which includes jobs indirectly generated by the tourism sector. While the total employment supported by tourism was 8 percent in 2017, it is expected to rise to 8.4 percent in 2028.

The indirect contribution of tourism to GDP includes investment spending for the sector (such as constructing hotels, purchasing new aircraft), government collective spending and purchases of goods and services by hotels, travel companies, etc.