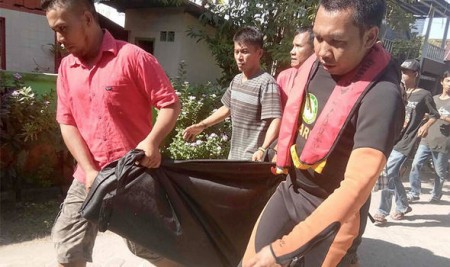 At least 13 tourists are dead after a boat carrying vacationers capsized off the coast of Indonesia.

Dozens of other passengers have been rushed immediately to the hospital with carrying degrees of injuries. The regional authorities state that another dozen or so passengers are unaccounted for and they are feared to be missing at sea.

These tourists had been travelling on a traditional wooden longboat from Makassar that is the provincial capital of South Sulawesi.

This was the time when disaster struck on the short journey to the resort island of Barrang Lompo, some 15 kms northwestern part of the city’s coast.

Local disaster agency head Amiruddin said that boat reportedly hit a large wave amid ill weather conditions and capsized. Meanwhile Aris Bachtiar who is the police chief of Makassar mentioned that the boat was overloaded and this was one of the probable reasons it might have capsized. And he added that they were still investigating cause of the incident.

The longboat was believed to carrying at least 43 people and the passengers are thought to be Barrang Lompo natives who were travelling home from Makassar to visit their families for the Islamic holiday Eid al-Fitr.

The news comes as disaster also truck off the coast of South Sumatra when a speedboat carrying 30 passengers sank killing at least two passengers.

Authorities including the Indonesia search and rescue agency, police, and military deployed speed boats and dozens of personnel to search for survivors.

Toto Mulyono of the Palembang search and rescue office in South Sumatra dealing with the speedboat said that they are yet to develop clarity on how many survived as the search continues to proceed.