Indonesia plans to develop its air connectivity with Indian states 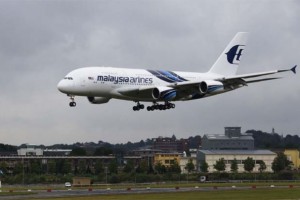 Indonesia, in order to boost its tourism, is going to increase its air connectivity with Indian states after tourist arrivals from the Indian market increased substantially between January and August this year.

Sidharto Suryodipuro, Indonesian ambassador to India, said that they are working to renew the air services agreement between the two countries to have more flights. The negotiation for renewing the air service agreement will begin this year. They are pushing for direct flights between New Delhi and Jakarta.

An additional frequency is expected to be added on Garuda’s Denpasar-Mumbai route.

Suryodipuro elaborated that as of last year, all 27 fights per week entitled to Indonesian carriers were utilised but Indonesia AirAsia stopped flying to India post the volcanic eruption in Bali. This left 10 slots per week vacant, so now we are looking at filling those vacant slots before extending our air service agreement with India to add more flights.

Indonesia has targeted 700,000 Indian arrivals in 2018, a 40 per cent increase compared to 2017. The Indonesian tourism ministry has signed an agreement with MakeMyTrip, one of India’s major online travel companies, to run promotional campaigns across its platforms to promote Indian outbound travellers to Bali, Jakarta and other regions in Indonesia.