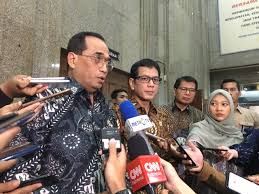 The novel corona virus spread, first reported in China, has started spreading to Indonesia’s tourism sector. Indonesia has recorded slower growth in tourist arrivals after the bans were applied to visitors from China.

Statistics Indonesia (BPS) has revealed that tourist arrivals amounted to 1.27 million in January, which is 5.85 percent higher than the 1.20 million recorded in the same month last year.

“The corona virus impact can only be significantly seen in the last week of [January]. Some countries saw a decline [in tourist arrivals], like China, Malaysia and Singapore, but in total, they still record an increase,” said BPS deputy for statistics distribution and service Yunita Rusanti in Jakarta.