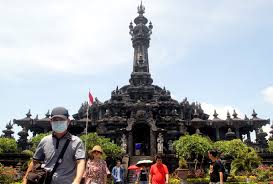 The coronavirus outbreak is set to wipe out more than US$10 billion from Indonesia’s tourism revenue this year as leisure travel comes to a near complete halt, the government said on Thursday.  Indonesia is preparing stimulus packages for the industry and a safety net for workers to blunt the impact, President Joko Widodo said at a Cabinet meeting. He predicted a leisure travel boom for next year after the pandemic is over, and urged the industry to prepare for that opportunity.

The number of foreign tourists is expected to fall to five million this year from last year’s more than 16 million as countries impose travel restrictions to stop the spread of the deadly disease.

Joko said that the economic stimulus for businesses in the tourism and creative industry must be prepared so they can survive and don’t resort to large-scale layoffs. He is confident that this will only last through the end of this year, and by next year there will be a boom in tourism.

The revenue-loss projection assumes that tourism will recover to some degree in the second half, Wishnutama Kusubandio, minister for tourism and creative economy, told a media conference.

Indonesia has seen the most coronavirus fatalities in Asia after China, with the number of confirmed infections surpassing 5,000. The government has imposed a partial lockdown in several cities and stricter social-distancing guidelines to combat the outbreak.

For the airline industry, the resiliency of Indonesia’s domestic market has helped shield carriers to an extent.

Capacity has fallen by a third from mid-January, less than in China, Europe and the United States.

The government is open to adding to its US$28 billion in fiscal stimulus to fight the outbreak and is prepared to widen its budget deficit beyond the current goal of 5.07 per cent if needed, Joko said earlier this week.

Indonesia may see a peak of virus infections next month with total cases reaching 106,000 by July, according to Wiku Adisasmito, an official at the National Disaster Mitigation Agency.

@Bloomberg and the star