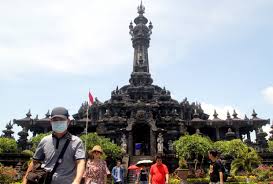 On Tuesday, Indonesia unveiled a stimulus package for tourism with a target to keep away from further contraction of the sector.

The package features tax exemptions both for hotels as well as restaurants in top 10 tourism destinations of the country, and discounted airline tickets for travelers, Indonesian Finance Minister, Sri Mulyani Indrawati said.

The tax exemption is hoped to stay for six months, starting from March 2020, the minister said.

The government would compensate with funs of 3.3 trillion rupiahs to all the provincial administrations where the hotels and restaurants are located which would help to counterbalance potential losses. On the airline tickets, the minister explained that the ticket prices for domestic travelers are reduced by 30 percent, and the government provides a compensation of 443.9 billion rupiahs (about 31.95 million U.S. dollars) for the ticket price discount.

For international travelers, the ticket prices would be deducted by the airlines, she mentioned with no further explanation.

For that, the government compensates funds of 298.5 billion rupiahs (21.49 million U.S. dollars) to the airlines and travel agents, Indrawati said. The Finance Minister further added that the funds would be used for promotional purposes as well to lure more foreign holiday makers.

In the meantime, Indonesian Minister for Tourism and Creative Economy, Wishnutama Kusubandio stated that the recent financial condition would probably make the aviation industry of the country to suffer a financial loss of 4 million U.S. dollars.

The biggest economy of Southeast Asia grew 4.97 percent in the final quarter of 2019 from 5.18 percent in the same period of the presiding year, according to data from the national statistics bureau.