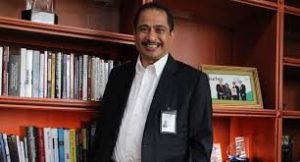 The minister considered Ciwidey in the regency in West Java as a place to be developed into a KEK tourist destination because the area was already a popular destination.

Arief stressed the importance of improving access to the destination in the southern part of the city that offered natural beauty to travelers.

“One of the weaknesses of the area is access. It should be improved,” Arief said, adding that in the long run Kertajati International Airport could be the main access point to Ciwidey.

In the short term toward the establishment of the KEK, the Tourism Ministry had assigned the city to host a number of events, including the 5-kilometer Color Run and Independence Festival ahead of the country’s Independence Day.

“In the medium term, Bandung regental administration has to propose the KEK establishment [to the central government]. If the land is limited, the administration could cooperate with other institutions,” Arief said.

He said reactivation of railway tracks in Bandung was an important move to support the tourism industry to improve accessibility to tourist destinations. “With better infrastructure, investors will automatically come to invest,” he added.

Bandung city is known as a shopping destination for citizens of most neighbouring cities such as Jakarta as well as neighbouring countries like Malaysia and Singapore.