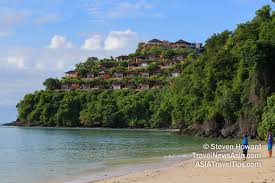 International tourist arrivals went up by 4% in the first half of this year, but the UNWTO warned that trade tensions and Brexit insecurity could hinder growth.

Destinations across the world recorded 671 million foreign visitors between January and June, which is almost 30 million more than the same period last year. The Middle East and Asia reported the biggest tourism growth.

The Middle East witnessed an 8% rise in international visitors, partly due to an increase in demand during the Muslim holy month of Ramadan, which was in May this year, as well as during the Eid al-Fitr religious holiday in June.

Tourist arrivals in Asia and the Pacific increased 6%, largely fuelled by outbound travel from China.

However, Chinese spending on international travel was 4% lower in real terms during the first quarter. Trade tensions with the USA, along with slight decline of the Yuan may influence destination choice by Chinese travellers in the short term.