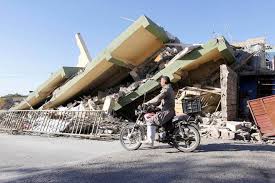 Sangan town in Iran’s northeastern Khorasan Razavi province was hit by an earthquake of 5.8-magnitude on Thursday morning, according to the Iranian Seismological Centre.

The earthquake was felt in the Afghanistan border region and the nearby province of Khorasan Jonoubi, according to the report.

Hossein Sanjarani, the governor of Sangan, said, teams have been dispatched to the quake-hit region to assess damage. Sanjarani also said that, there have been no reports of casualties so far.

However, death of livestock, due to the earthquake, have been reported, he said.