Ireland expects tourism to recover in 2020 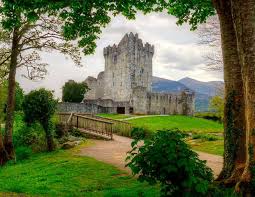 Fáilte Ireland, Ireland’s tourism authority, has blamed many factors including Brexit, re-emergence of Turkey as a competitor destination, and the grounding of Boeing 737 Max aircraft for a “softening” of the sector this year.

Ireland has set out a five-point plan to help tourism through the next year after the latest data reflected that the number of holiday trips to the State is down 1.1 per cent so far this year. Domestic trips have declined by 2 per cent.

The assistance measures planned consist of €12 million to develop new visitor attractions, and a €6 million marketing campaign to lure domestic tourists and visitors from the North. The ad campaign will be themed “Keep Discovering”.

Also, about €500,000 will be spent on a marketing campaign to attract workers into the tourism industry, including a new online portal tourismcareers.ie. There would be local plans to boost tourism in regional areas.

Paul Kelly, Fáilte Ireland’s chief executive, said that 2020 would be a “challenging” year after a “mixed” 2019.

“Our latest research shows that business sentiment is down, fuelled by rising costs and low-priced competition,” said Mr. Kelly.

He cited challenges in the Asian market caused by unrest in Hong Kong, and the scaling back of some direct routes between Dublin and China.

“But while the threats are real, so are the opportunities,” said Mr. Kelly.

He said that in spite of the challenges, growth is predicted in tourism visitor numbers in 2020 of about 1.7 per cent, including a plan to recover all of 2 per cent lost in domestic visitors. Fáilte Ireland envisages that total revenue in the sector could still go up by 2.5 per cent in 2020.