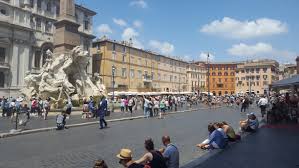 The Irish tourism representative body criticised the Government’s attitude to the sector, comparing it with the attention the Cabinet pays to other Brexit-exposed industries such as agriculture.

At a strategy and pre-budget briefing Wednesday, the Irish Tourism Industry Confederation (Itic) stopped short of stating its lack of confidence in the current Minister for Transport and Tourism, Shane Ross.

Itic aired a series of sharp criticisms of Government tourism policy, such as its failure to establish a Brexit “fighting fund” for the industry and what Itic sees as the insufficient allocation of resources to State oversight of the sector.

When asked directly if Itic has confidence in Mr Ross as the senior Cabinet minister arguing its case at Government level, Eoghan O’Mara Walsh, Itic’s chief executive, said he did not “want to focus on personalities”.

Maurice Pratt, the chairman of Itic, suggested the confederation believes the industry has been sold short at top-level Government policy discussions.

“Does tourism get the weight it deserves [in talks] around the Cabinet table? No, it does not. It hasn’t reflected the importance of the industry,” said Mr Pratt.

Itic has called on the Government to retain the special 9 per cent VAT rate for the sector in the Budget 2019, due to be presented early next month. It wants the sector’s capital budget allocation over the next decade doubled to €600 million to pay for new attractions.

The number of overseas visitors to the Republic is at a record level, with close to 10 million expected this year. But Itic argues the sector, which employs 230,000 people and generates export revenues of almost €5 billion, is uniquely exposed to Brexit, as almost 40 per cent of visitors come from the UK.

“It is too easy for the Government to say that tourism is going great, that numbers are going up. The industry needs to be supported at key junctures, such as the one we are at now. State organs need to be appropriately resourced,” said Mr O’Mara Walsh.

Itic called for the marketing budgets of State agencies, such as Failte Ireland and Tourism Ireland, to be restored to pre-crash levels with an additional €50 million per annum on top of the existing allocation of €114 million.