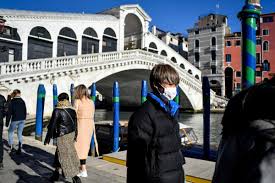 Irish tourism is experiencing improbability after the US issued caution against traveling to parts of Italy and the French authorities have shut down the Louvre Museum in Paris in regards to the concerns for its staff getting affected by coronavirus from the hundreds of people streaming through its doors.

Here, tourism chiefs have been immensely alert from the time the first of two victims of Covoid-19 were confirmed last week.

The Irish outbreaks received extensive media coverage all around the world.

Eoghan O’Mara Walsh, head of the Irish Tourism Industry Confederation, which represents the Irish tourism industry and the Government tourist boards north and south, is all set to take part in a Department of Health meeting later on Monday.

He explained that the bans on travel declared over the weekend by the US for its citizens to some regions of Italy and the closure of the Louvre will create anxieties for the prospects for Irish tourism in the coming season.

“It is very concerning and alarming for ever sector but travel and tourism is likely to be most affected,” Mr. O’Mara Walsh said.

Companies as diverse as Diageo — which makes Guinness, Baileys, and Smirnoff; Danone, the foods giant that makes baby formula in Ireland; and Apple in the last two weeks have been made cautious about financial hits from the coronavirus due to lower Asian sales or the huge disruption to their supply chains that thread across China.