Is Africa gearing itself the new global aviation market? 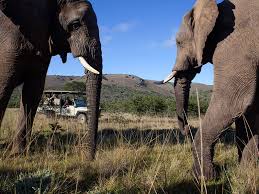 Vast game reserves, eye-popping geological features and scenic, wide-open spaces have always made Africa a maverick choice amongst global travellers. However, it has remained a difficult terrain when it comes to cross-border air travel.

But with about nine percent rise in the tourism industry last year and increasing number of tourists setting plans for the continent, the international carriers are also increasing their access to African hub destinations. Wosenyeleh Hunegnaw, director of the Ethiopian Civil Aviation Authority said that about eighty percent of the African market is done by non-African carriers.

However, once in the continent, getting around might become difficult for the international travellers. Among the core issues is that many of Africa’s airports operate on bilateral agreements. For instance, somebody hoping to fly from Niger to neighboring Mail, might find himself having to make numerous stops in order to connect the dots that make up the bilateral agreements.

At the recent African Union Summit in Addis Ababa, Ethiopia, twenty three nations signed an accord that more or less translates to an “open skies” agreement. In this agreement, all flagged carriers of the signatory nations will be allowed free access to any airports located within those nations. Expected to take root, this agreement would help to alleviate some of the red tape that governs African aviation agreements and would also mean reduced costs for African carriers and eventually allow them to create hub and spoke-style service throughout the region.

Tewelde Gebremariam, CEO of Ethiopian Airlines Group said at a press event that with a very large landmass and around one billion population, Africa has a high growth opportunity and by expanding the hubs, they will contribute significantly to intra-Africa connectivity.