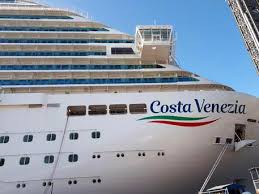 The Costa Venezia, a new Italian-themed cruise ship purpose-built for Chinese guests will make its first departure from Shanghai, stopping at locations throughout Asia. This new luxury shopping mall cruise is meant to remind the romanticism of Venice. But the real focus of its new shopping cruise mall is on luxury retail.

The square footage dedicated to high-end shopping is massive: This new cruise ship features a two-deck Venetian-style pavilion with more than 8,000 square feet of high-end clothing, jewellery, and accessories as well as a 2,500-plus-square-foot beauty retail space, the largest at sea — all of it tailored to Chinese shoppers.

Investing in partnerships with high-end retailers is not only becoming more common for cruise companies, but luxury shopping has also ballooned into an even bigger selling point for cruisers who are looking to make a special vacation purchase, says Colleen McDaniel, editor-in-chief of Cruise Critic. With that in mind, cruise companies are beginning to announce luxury brand partnerships long before ships launch, and China is emerging as a major target.

Colleen McDaniel also says that the sheer size of the potential Chinese cruise market makes it an appealing place to send dedicated ships. They have seen interest in the Chinese market ebb and flow a bit, as cruise lines have had to learn about the intricacies of a new market. The companies are dedicated to China, but they want to make sure they get the product right.

Derek Wong, vice president and general manager of cruise retail Asia for Starboard said that the retail shopping is one of the most important aspects of the Chinese travel experience. Starboard strategically selected luxury brands that represent the best in Italian and international designers. From their past experience in the market, they know what sought-after brands Chinese shoppers want, which include Bulgari, Salvatore Ferragamo, Max Mara, Tiffany & Co., Cartier, Bally, and Jaeger-LeCoultre.

Sweetening the deal for Chinese cruisers is the fact that the items can be purchased on board tax- and duty-free. This type of high-end retail experience that Chinese travelers prefer could be the beginning of a major trend in cruises all over the globe, McDaniel says.  For shoppers aboard cruises, unlimited leisure time may translate into more money spent. Unlike a mall, a retail-focused cruise ship means a days-long captive audience buoyed by social connection and one-on-one hospitality.

Regarding which retail brands are doing well so far, “the first six months will give us a good sense of how well we do,” he says. “The ship is going to be in Asia in the middle of May at the start of the summer season. It will also coincide with the October national holiday, which is another peak period and will lead us into November/December. The expectation is to experience a jump in performance compared to the base we have seen on previous Costa ships.”

With more than a decade of experience in cruise retail in the Asian market, Starboard, whose Asia division now contains nine ships, began operating in Asia in 2006 with its Costa Allegra, the first ship it ever deployed inside the Chinese market. Wong says that they have a strong understanding of how the Chinese guests behave on the Costa fleet and are confident we will meet expectations.

Come mid-May, the Chinese travellers will dominate the ship, and the industry will be watching whether they — and, by extension, their high-end luxury purchases — will start to change the way the entire cruise industry thinks about retail.