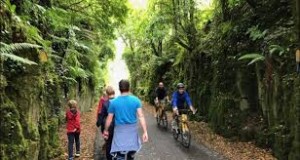 The primal scream from tourism and hospitality operators in terms of the return of their VAT to 13.5 percent is comprehensible, considering the scale of dissatisfaction among those, particularly the rural people, who expected the 9 per cent would be retained yet again.

However, the reaction from the budget day has also been somewhat distraught. When the dust settles, it will turn out to be apparent to the level-headed that the world has not ended.

Following the #keepvat9 hashtag on Twitter in recent times, I was struck by the outsized levels of hopelessness among smaller operators. They probably have forgotten that the accomplishment of their businesses is founded, not on a VAT rate, but on abundant creativity and skill of the owners’. None of that was eliminated on Tuesday.

The growth in the tourism VAT rate will definitely make life even tough for few smaller restaurant and hotel operators in certain parts of Ireland. However, this sense that they all will absorb the increase is overdone. With inbound visitor numbers in record numbers and an economy growing at 5.5 percent this year, there is possibility to pass the increase on to customers, most of who will understand.