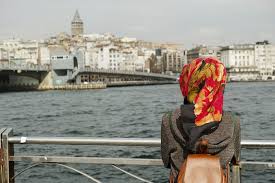 Jakarta aims to develop itself into a halal tourism destination – not only serving halal food or offering decent attractions, but also becoming exempt from crimes and illegal activities.

Currently, the metropolitan city has a number of halal hotels, many halal coffees and restaurants, religious tourist destinations such as graves of Muslim saints, and Setu babakan Betawi (Batavia) traditional kampong.

Jakarta is also known for its Ancol Dream Land and beach, Kota Tua (Old City) area, several lakes and the Beautiful Indonesia in Miniature Park (TMII) located in eastern part of the city. The Sofyan Hotel Group is among the pioneers of halal hotels in Jakarta as it has developed the sharia hotel management since 2002.

Based on MUI’s criteria, there wouldn’t be any prostitution area in the city, no alcoholic beverages would be available in the public areas, as well as noo narcotics and other illicit drugs, among other things.

Deputy Governor of Jakarta Sandiaga Salahuddin Uno has said that Jakarta is expected to become a competitive halal tourism destination in Asia by 2020.

The special autonomous provincial government has also set a target of one million foreign tourist arrivals in Jakarta in the next five years.