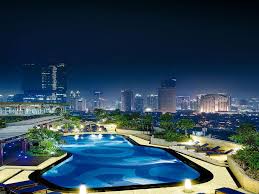 Jakarta is among the cities with the biggest hotel development growth in the Asia-Pacific region.

According to research on hotel supply development, Jakarta placed third in the Asia-Pacific region regarding hotel development.

This South Asian city has recently opened 6,823 rooms, as reported, equivalent to a 12.1 percent growth rate from the existing number of rooms.

The accommodation demand remains stable in the capital city, which maintains a 75 percent occupancy rate.

Number one in the region is Japanese capital Tokyo, with 15,877 new rooms, or around a 13.6 percent increase. Shanghai in China came in second with 8,826 new rooms.