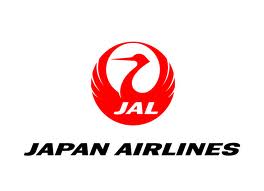 During the nine months of consolidated financial results for the fiscal year ending March 31, 2017 (April 1, 2016 to December 31, 2016, hereinafter referred to as “the third quarter”), the Japanese economy showed weakness, however personal spending was stable in general. In overseas economies, weakness was observed in Asia’s emerging markets, resource-rich markets and China markets. Crude oil prices, which affect our fuel purchasing costs and international passenger and international cargo revenues were lower than the year before but increased rapidly from December, triggered by an agreement to reduce crude oil production which was announced at a meeting of the Conference of the Organization of the Petroleum Exporting Countries. Meanwhile, the Japanese yen grew stronger against the US dollar, but started to depreciate from December after the Federal Open Market Committee of the US Federal Reserve Board decided to raise its benchmark interest rate.

Under these economic conditions, we worked to increase profit consciousness of every staff through sound management based on the JAL Philosophy and precise amoeba management system, realize greater management efficiencies, and provide unparalleled service to our customers, anchored in our firm commitment to flight safety in order to reach the targets set out in Rolling Plan 2016 for the JAL Group Medium Term Management Plan announced on February 18, 2016.

Japan Airlines was named the most punctual Asia-Pacific Major International Airline in both mainline and network categories for calendar year 2016 by FlightStats. This is the seventh time and the fifth consecutive year for JAL to receive an award as the best on-time Asia-Pacific carrier.

As a result of the above, capacity on international routes measured in Available Seat Kilometers (ASK) increased by 0.5% year-on-year, demand measured in Revenue Passenger Kilometers (RPK) increased by 0.3% year-on-year, the Load Factor (L/F) was 79.9% year-on-year (down 0.2 percentage points), and international passenger revenue was 314.4 billion yen, down 9.1% from the year before due to a decrease in fuel surcharge revenue and such.

In domestic passenger operations, we deployed measures to stimulate demand and strived to strike a balance between supply and demand to increase profitability. As a result we achieved a record highest revenue passenger load factor of 71.9% in the third quarter (October to December).

On the product side, we completed revamping of all applicable aircraft to JAL SKY NEXT configured aircraft, which was first introduced in May 2014. To enable as many passengers to experience inflight Wi-Fi service available on JAL SKY NEXT-operated flights, we conducted a “15 minutes for free campaign” (*) on all flights, and also increased free video programs. In these ways and more, we are doing our best to deliver a comfortable and enjoyable travel experience.

We also started a new service called Dokokani Mile (traveling somewhere with mileage) from December 2016, Japan’s first-ever domestic award ticket and a co-creation innovation by JAL and Nomura Research Institute. The service concept of “traveling somewhere with mileage and leaving the destination up to JAL” aims to create new demand, bring them to local areas, and boost air travel in Japan by offering domestic award tickets for less than half miles required than usual.

In international cargo operations, as market demand picked up from the July-September period and continued to grow, we worked on capturing robust demand in an effort to maximize revenue. Third-quarter cargo volume measured in Revenue Cargo Ton Kilometers (RCTK) rose 6.7% year-on-year. However, revenue fell 25.0% year-on-year to 31.8 billion yen, weighed down by lower fuel surcharge revenue, lower foreign-currency-denominated cargo revenues caused by the strong yen, and lower cargo revenue in accordance with the revised settlement method.

In domestic cargo operations, signs of recovery were observed in the October-December period, but shifts to surface transport and a drop in perishable shipments caused by adverse weather pushed down cargo volume measured in Revenue Cargo Ton Kilometers (RCTK) to 2.5% year-on-year, and domestic cargo revenue fell 4.8% year-on-year to 17.1 billion yen.

The consolidated earnings forecast remains the same as the full-year forecast announced in “Consolidated Financial Results for the Six Months Ended September 30, 2016” on October 31, 2016.

We intend to pay 25% of profit attributable to owners of the parent after adjusting income tax deferred to our shareholders as dividends. According to our full-year consolidated earnings forecast, we expect to pay a year-end dividend of 92.00 yen per share.