Japan will request its nationals to leave the Wuhan, the deadly virus-hit city of China! 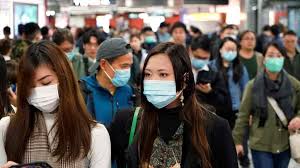 “We have decided to send back all (Japanese citizens in Wuhan) to Japan if they wish so, by every means, including a chartered flight,” Abe told reporters.

“We are coordinating with the Chinese government at various levels, and we will accelerate the process to realize a swift implementation” Abe said about the evacuation process from Wuhan, the capital of Hubei province in central China.

As per the Japanese government, in Wuhan, there were about 710 Japanese citizens till Friday, a city of 11 million that experienced virtual lockdown.

On Friday, the ministry issued the warning for the infectious disease for Hubei Province, home to Wuhan, to the second-highest level of three, and is requesting all Japanese citizens not to travel there.

The health ministry on Sunday confirmed fourth case of infection in Japan, a man in his 40s from Wuhan sent to Japan for travel purposes, adding that he is in stable condition.

Last Wednesday, the man reached Japan and got fever the very next day. His infection was confirmed on Sunday afternoon after he consulted a medical institution in Aichi Prefecture for treatment, as per the ministry.

The government on Saturday declared that a woman in her 30s, a resident of Wuhan, arrived in Japan on Jan. 18, was the third patient.

Initially, she had no symptoms at the time of arrival; however, later she developed a fever and started coughing from Tuesday night, as per the ministry. On Thursday, she visited a Tokyo hospital and later tested positive for the virus. However, she has not been hospitalized, exhibiting minor symptoms, and is staying in her hotel room.

Tags: Japan will request its nationals to leave