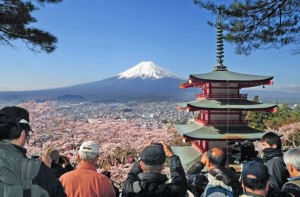 The hotel business in Japan is gearing as there is a rapid arrival of tourists.

With the fears of a shortage of accommodations ahead of the Tokyo 2020 Olympic and Paralympic Games are quickly becoming a thing of the past as companies ranging from apparel brands to wedding service providers jump into the hotel business.

According to real estate market research firm CBRE K.K., the number of hotel rooms in eight major cities, including Tokyo, Osaka and Kyoto, is expected to total 330,000 as of the end of 2020.

The Japanese and foreign hotel chains and non-hotel operators are in development to open lodging facilities amid the continued influx of foreign tourists into the country. The number of foreign visitors to Japan hit a record 28.69 million in 2017 from 8.61 million in 2010.

Yasuyuki Tanabe, the Japan manager for U.S. online home rental service Airbnb Inc., said that the new law regulating services which are involving in paid accommodations in private homes will “provide momentum to the expansion of the private lodging market” in the country.

The Airbnb has tied up with Recruit Holdings Co providing the housing information for easy accommodations, in an attempt to secure a large number of dwellings all throughout the year.