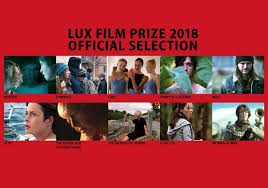 The Awards Ceremony of the 3rd International Film Festival & Awards Macao was staged at the Macao Cultural Centre at 8:00 p.m. tonight , gathering around 800 guests including internationally-acclaimed film directors, film stars and industry professionals from around the world. The Film Festival screened 54 spectacular films this year, including 11 films competing for nine awards in the Competition section as well as six film entries of the “New Chinese Cinema” for the Best New Chinese-language Film of the Year. All winners were revealed at the Awards Ceremony tonight.

MGTO Director and President of the 3rd IFFAM Organizing Committee, Maria Helena de Senna Fernandes, remarked in her address at the Awards Ceremony, “The week-long Film Festival has taken audiences on a visual journey across 54 extraordinary feature films and 14 local short films. In the IFFAM Industry Hub, the Project Market has cast the spotlight on 14 much-anticipated new film projects. Among them, two Macao projects were named winners of the Best Project Award and the Macao Spirit Award. Meanwhile, 400 individual Project Meetings have aligned production teams with investors in face-to-face dialogues, while the new Work-in-Progress Presentations have opened windows for filmmakers in search of partnership opportunities for projects close to completion. We are eager to see the Film Festival bring bright opportunities for filmmakers in Macao and from around the world.”