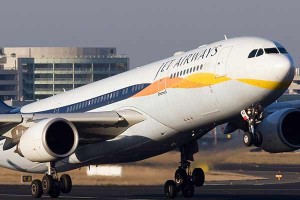 Jet Airways (India) Ltd would bring on board a new investor in two-three months to help fund the cash-strapped airline, the company told its pilots at a meeting last week.

Vinay Dube, who represented the management at the meeting, told the Jet Airways pilots that the airline will get an investor on board soon, likely within the next two-three months, said the first of the two people cited above.

Dube did not name the investor. Dube also assured that salary delays are temporary and should be addressed in the next 45-60 days, and probably before the new investor comes on board.  The second person said Dube assured pilots that Jet Airways was working to regularize their salaries.

Jet Airways, which had a 13.3% share of the domestic aviation market in October, needs to urgently raise cash to stay afloat, as costly fuel and a weak rupee have hurt its financial health. The airline has delayed payment of salaries to a section of its staff, including pilots and senior employees.

A spokesperson for Jet Airways did not respond to an emailed query. Jet had a net debt of ₹8,052 crore as of end-September. In August, the airline’s board approved a turnaround plan, which includes cutting costs by over ₹2,000 crore over two years, leveraging its stake in loyalty programme Jet Privilege Pvt. Ltd, improving pricing and capital infusion.