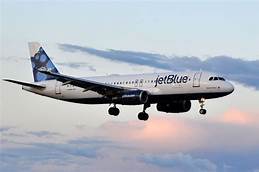 US budget airline JetBlue has announced it will begin flights to London from 2021. The company said it will operate multiple daily flights from New York (JFK) and Boston using a fleet of 13 Airbus A321-LR single-aisle aircraft.

London will be the first European destination served by the company, which has its headquarters in New York. This is despite the UK being on track to be the carrier’s 23rd country.

Joanna Geraghty, president and chief operating officer, said the carrier chose London after the capital met its criteria for expansion: Overpriced, underserved, or both.

She said that the fares being charged today by airlines on these routes, specifically on the premium end, are enough to make blush. It’s time for regulators here in the US and across Europe to create conditions where smaller carriers and new entrants can thrive, instead of letting the giant airlines get even bigger through joint ventures.