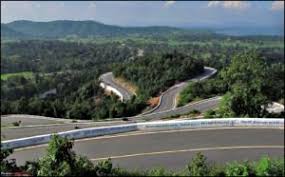 Jharkhand Adventure Trip was launched on Sunday by Jhartrip India Private Limited, which claims to be the first tourism company of Jharkhand.

The trip was inaugurated by the Executive Chairman of the Jharkhand Pradesh Congress Committee (JPCC), Rajesh Thakur, who praised the efforts of Jhartrip saying that it will improve tourism of Jharkhand and at the same time, the company will work towards reaching new heights.

Jharkhand Tourism Management Company, which is working in Jharkhand with many new schemes, will surely succeed in their efforts, said Thakur.

The Director and CEO of Jhartrip, Vishnu Sahu said that Jhartrip will not only promote Jharkhand tourism in India, but also promote the culture and tourism of Jharkhand at a global level.

“People will come to Jharkhand for tourism and also develop their business like opening of factories and other business activities,” Sahu said. He said that not only in Jharkhand, but the company has its presence in other parts of India.