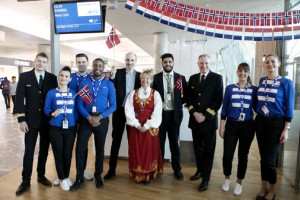 “Norway prides itself on being up-to-date, contemporary and innovative, therefore Joon is the perfect addition to our airline portfolio,” states Jasper Spruit, VP Traffic Development, Avinor. “Air France has created an airline for anyone looking for a new kind of travel experience. Joon fits in effortlessly with Avinor’s aspirations to meet the expectations of a new generation of traveller and the hopes they have of the air transport industry in today’s and tomorrow’s world,” adds Spruit.

France is Oslo’s seventh largest country market to be served this summer, with the Norwegian capital city gateway offering close to 2,200 flights during S18. Air France’s latest initiative will consolidate the airline’s position as the Nordic airport’s 12th largest carrier with more than 5,800 weekly seats between Oslo and Paris throughout the season.

Targeting young and digitally-connected clientele, Joon will fly to 13 destinations this summer, as Oslo – the airline’s first Scandinavian destination – joins its network of 228 flights a week from Paris CDG to Barcelona, Berlin, Istanbul, Lisbon, Naples, Porto and Rome as well as the airline’s long-haul network to Fortaleza, Cairo, Cape Town, Mahé and Tehran.

“We are proud to present our latest and most innovative travel concept, Joon, tailored to meet the demands of a new generation of traveller, ranging from organic food to chic airline personnel. We offer the best route to Paris – and from CDG our Norwegian passengers can also travel further through the Air France worldwide grid,” says Halvor Gløersen, Sales Director, Air France and KLM Norway.