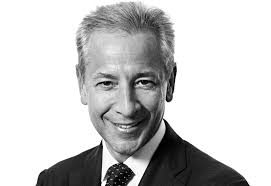 Jose Silva has been appointed by Jumeirah as  the new chief executive of the company.

He has over 35 years’ experience in the hospitality industry, including almost 25 years with Four Seasons Hotels & Resorts and in his previous role he was the  regional vice president of Four Seasons and was overseeing France, Switzerland, Spain, and Portugal, as well as general manager of the acclaimed Hotel George V in Paris.

He is well known in the industry for being innovative mind and a hotelier who is consistently redefining the new norm of luxury.

His recent accomplishments is the repositioning of the Hotel George V.

Silva took the iconic landmark hotel to even greater heights by introducing the first five-Michelin-star European hotel including a complete reinvention.

Silva’s role as the chief executive of Jumeirah  will be responsible for  international expansion, elevating the brand and its growing portfolio.

Jumeirah is a well renowned  global luxury hotel company and a member of Dubai Holding.

Abdulla Al Habbai, chairman of Dubai Holding said that they will continue the development of Jumeirah into a globally recognised national champion and set new industry benchmarks.

He further mentioned that Silva has held a distinguished career in hospitality with some of the world’s leading brands and was confident that his passion for designing unique guest experiences,  driving innovation in the sector will build on Jumeirah’s strong growth.

There are 19 properties that the company manages around the world while 25 properties were under development.

Silva said that he has always admired Jumeirah for its different culture and forward-looking vision.